You’ve all been hearing about our production of Bureau of Missing Persons, by Lila Rose Kaplan. But did you know that every single scarf on our set (and the ones in the display in the Underground) was hand-knit and crocheted by local crafters?

This is the story of those scarves. 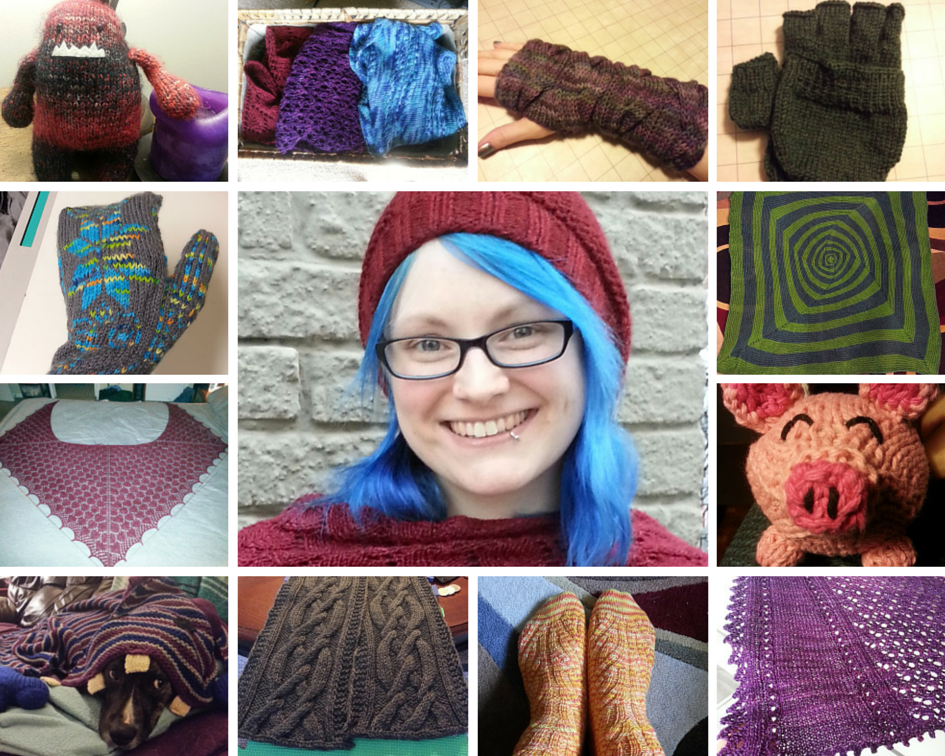 When Andrew first started talking to us about this script, he approached me to ask about The Scarves.

“Kristen,” he said, “I really want to do this show. Here’s the thing. We need one hundred knit scarves.”

My reaction to this statement was, and I quote: 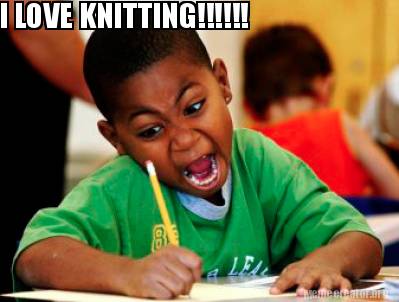 Once the sheer ecstasy of knitting for my job wore off, my brain started running at a mile a minute. One hundred scarves. I’m not going to get anything organized until after Fringe, so that leaves me approximately 6 months to acquire one hundred scarves. Can we do it? Obviously, I’d need help. A lot of it. By my count I’d need at least 20 people including myself – that makes 5 scarves per person, and some people will do more and some will do less.

After speaking with the director of the show (the lovely and talented Tamara Winters, who you all know as our Associate Artistic Director) about the design and hue of the scarves desired, I proceeded with the next logical step: Make a Facebook event! Know Theatre’s Stitch ‘n’ Bitch. Stitch ‘n’ Bitches have been in existence since at least World War II, when ladies got brashly badass, took over the factories, and demanded a cooler name for their knitting circles.*

I started by inviting everyone I know who knits. I called my Mom and my Sister-in-law, who are excellent crocheters. I got in touch with a friend who is in the Bombshells.

Then, something magical happened.

Someone called the theatre to talk to me about the project. She had heard from a friend who heard from a friend who had seen the event on Facebook that we were knitting for a cause, and that she only knows how to crochet but where can she sign up?? And at the first meeting, I had a group of about 15 knitters/crocheters, plus about 10 more who wanted to help but couldn’t be there on that day.

My heart grew three sizes that day. Women (and a man!) from all walks of life, sitting in the Underground, knitting and chatting. People who I would never have met otherwise, people who I may never have taken the time to speak to otherwise, all enjoying our common passion – fiber arts. I had two more Stitch ‘n’ Bitch events after the first one, each one at least as well attended as the last. By the time we had our final happy hour, over 30 knitters and crocheters had passed through our doors and shared their art with us.

Today, I am happy to announce that we not only reached, but exceeded our goal of one hundred scarves! Thanks to the help of all of our crafters, we collected one hundred and fourteen scarves!

I’ve spoken to representatives of Tender Mercies, the Drop Inn Center, and Beyond the Call: Newport Fire Department’s Christmas Charity that primarily focuses on underprivileged children. I am so thrilled that we will be able to distribute scarves to so many, just in time for the holidays.

None of this would have been possible without our knitters.

Want to see the handiwork of these intrepid knitters? Get your tickets to Bureau of Missing Persons here.

The show closes December 20, so we hope to see you soon!