In All Childish Things, opening on Friday at the Know, we follow the tale of a ragtag band of superfans (and their less-than-superfan accomplice) who attempt to pull a heist on Cincinnati’s secret Kenner warehouse in search of treasures untold.

Last week, we met Dave (the ringleader), and Max (the getaway driver). Let’s meet the rest of the crew! 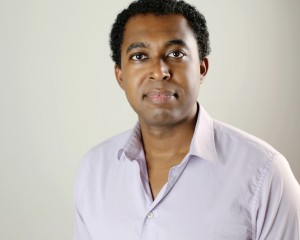 What is your name?
My name is Carter “Fingers” Sloan.
Where do you work?
I stock shelves at the Kenner Warehouse. I’m the best forklift driver they’ve had since Attack of the Clones came out.
If you were to rob a multi-million dollar corporation of their stock of precious Star Wars collectibles and action figures that are more valuable than gold…what would you do with the money?
I’ve got some Solo tracks and B-sides to lay down, I’m gonna rent out the same recording studio Kurt Cobain used.
What do the Star Wars movies mean to you?
Star Wars means when you find yourself in your darkest hour you never give up hope because you’ve always got more family than you think.
What song can you never hear enough?
Kermit singing Rainbow Connection kills me every time.
Who shot first, Han or Greedo?
Second rate mercs like Greedo always underestimate their bounties. I’m surprised he lasted that long.
Are these the droids I am looking for?
It’s not my business what you’re looking for unless you’re paying me to help you look. That being said, I’ll take a Wookie over a droid any day. 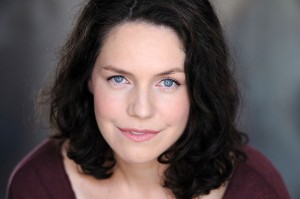 What is your name?
Kendra Johnson
Where do you work?
Esquire movie theater on Ludlow. Real indie house. Some cool films. Work is whatever.
If you were to rob a multi-billion dollar corporation of their stock of precious Star Wars collectibles and action figures that are more valuable than gold…what would you do with the money?
Probably start a production studio. Get my first full-length feature going. I’m really into Werner Herzog docs right now, but I’d love to find a marriage between his early Klaus Kinski stuff and the dreamscapes of a story like Eternal Sunshine with like a hint of Akira Kurosawa’s Throne of Blood. I find these stylistic mise en scenes to be captivating but deeply resonant in like a, like a metaphysically demanding sort of way. I think the history inherent in the hills and valleys of Cincinnati really lends itself to that kind of story-telling. Soap, man. It’s all built on slavery and soap.
What do the Star Wars movies mean to you?
UGGGH. WHY ARE WE TALKING ABOUT THIS??? Star Wars movies are a symbol of stagnation. An anchor dragging my boyfriend back into the regresses of childhood. As long as these kiddos are obsessed with this crap, I will be dating a child for the rest of, well, whenever it implodes I guess. Also…have you listened to the dialogue? Also, ridiculous plot lines? Also… those damn lightsabers? Just sayin. Swing em around, boys.
What song can you never hear enough?
These Aren’t the Beats You’re Looking For – FUNK FORCE
(but secretly I Wanna Be Your Joey Ramone – Sleater-Kinney)
Who shot first, Han or Greedo?
Who the fuck cares? Shut up.
Are these the droids I am looking for?
Oh my god. 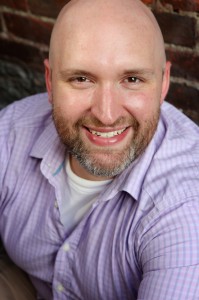 What is your name?
Alphonse DiMartino

If you were to rob a multi-billion dollar corporation of their stock of precious Star Wars collectibles and action figures that are more valuable than gold…what would you do with the money?
Woah, woah, woah…I am a fine upstanding citizen and would never stoop to such criminal behavior. It is a nice warehouse though…would be a shame if something happened to it.

What do the Star Wars movies mean to you?
If you even have to ask that question, then You shouldn’t be talking to me right now, Jar Jar Binks.
What song can you never hear enough?
The Imperial March….I play it on repeat when I’m involved in…aggressive negotiations.Who shot first, Han or Greedo?
……I find your lack of faith disturbing.

Are these the droids I am looking for?
Cute. Seriously…You need droids? I might know a guy. It’ll cost you, though. Care to make a deal?

You’ve met the cast, but do you have your tickets yet? If not, the time is now! Click here and fulfill your destiny: https://know.tixato.com/buy/all-childish-things