In All Childish Things, four friends are trying to pull of the Star Wars-inspired heist of the century. But who are these cast of characters? Let’s introduce you to some of them! 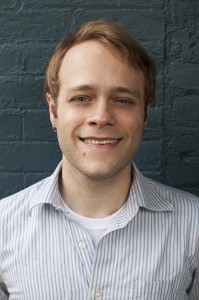 What is your name?
Dave Bullanski.

Where do you work?
I work in IT at Allegiant Data Systems.

If you were to rob a multi-million dollar corporation of their stock of precious Star Wars collectibles and action figures that are more valuable than gold…what would you do with the money?
I would buy the first twenty results when you search “Star Wars” on my auction site. Then I’d invest in some of that artificial air I can pump into my basement so my collectibles are no longer subjected to coarse, dirty, real air.

What do the Star Wars movies mean to you?
They are a guide. No matter how you look at them, they give you advice on how to live a full, balanced life. The Star Wars movies are a less violent, more realistic version of the Bible for me.

What song can you never hear enough?
“Rebel Fanfare” is the only song that can get me out of bed in the morning. That’s why it’s my alarm clock.

Who shot first, Han or Greedo?
Han shot first. Why would you ask me that?

Are these the droids I am looking for?
I’ll tell you the same thing that Apple Store employee told me when I asked the same question: “Sir, we don’t have Droids here. Please stop harassing me and giggling.” 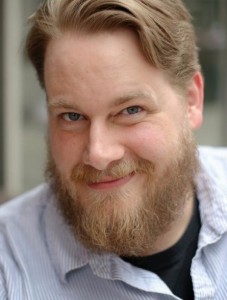 What is your name?
Maxwell Beauregard Farley III.

Where do you work?
I’m a driver for Pack ‘Em and Stack ‘Em Moving Services in Norwood.

If you were to rob a multi-million dollar corporation of their stock of precious Star Wars collectibles and action figures that are more valuable than gold…what would you do with the money?
I’d buy a new house and invest the rest of the money. I need to make sure my daughter is taken care of above all else. I just want her to happy and not regret having me as a father.

What do the Star Wars movies mean to you?
Friendship and loyalty are some of the most important things in life. They can get you through anything, even in a galaxy far, far away.

What song can you never hear enough?
Yoda, by Weird Al.

Who shot first, Han or Greedo?
Listen, it’s understandable why George Lucas decided to alter this scene in the rerelease, to try and humanize Han Solo a little bit by making his shot one of self defense rather than of cold-blooded murder…but Dave assures me that Han did, in fact, shoot first, so I’ll go with that.

Are these the droids I am looking for?
I think so. I mean, I don’t want to fuck all this up by saying Yes when I’m not entirely sure. Can I have a few minutes to think about this? I just…maybe they are?