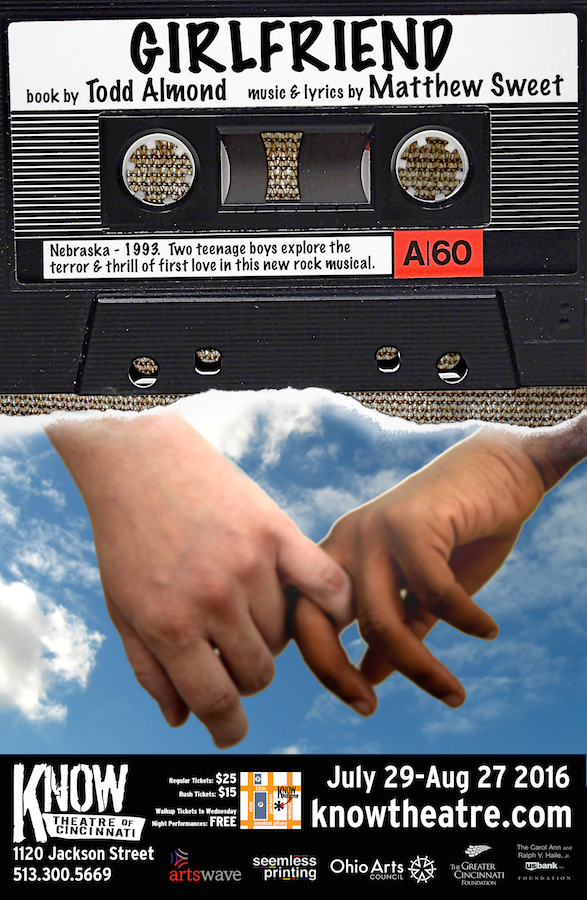 Nebraska, 1993. Two teenage boys – one a social outcast, the other the school’s golden boy –develop a friendship that becomes so much more during a summer of self-discovery between high school graduation and the rest of their lives.

Girlfriend is set to the irresistible songs from Matthew Sweet’s landmark pop album of the same name, which Rolling Stone called, “a rock ‘n’ roll valentine that delivers subtle wisdom with an exhilirating kick.”

CCM alum Todd Almond’s new rock musical gives voice to anyone who grew up in small towns, who didn’t quite fit in, and who remembers the terror and thrill of first love.

Note: Opening night tickets priced at $30 include our Season 19 kick off party before the show!