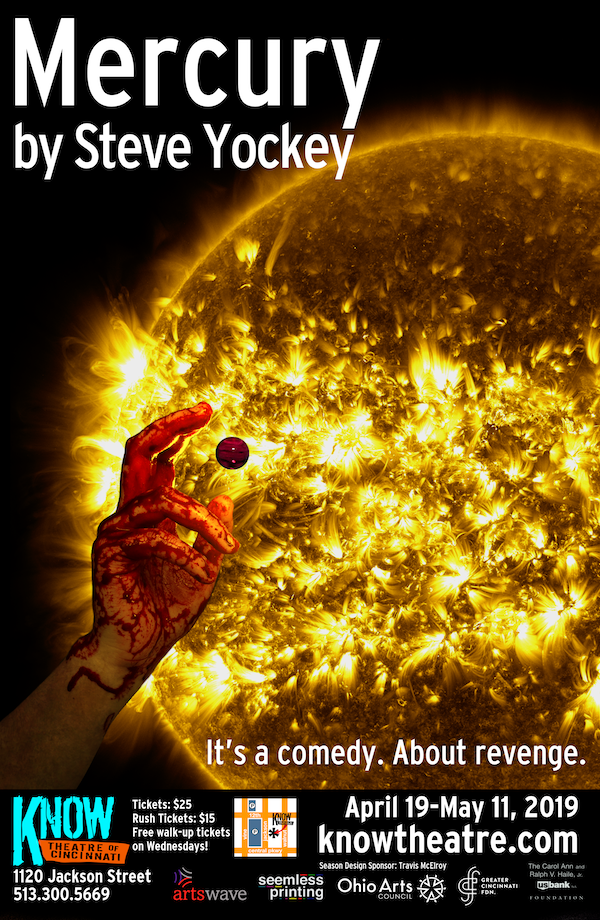 Three stories cross outside of Portland, OR in a pitch black comedy with an illicit affair, a couple hanging on by a thread, bears at the window, the worst curiosity shop on the west coast, and an adorable missing dog named Mr. Bundles. No one’s happy, people stop being nice, and blood spills. This mash-up of myth, missing empathy, and “good neighbors” explores what happens when the mercury rises.

This delightfully dark play from Steve Yockey, the author of Heavier Than… and The Fisherman’s Wife, is the second of his planetary plays, a followup to 2013’s Pluto.

10 words or less: A comedy where revenge is a dish best served bloody.
Rated: R.

Here’s more info on the show from our blog!