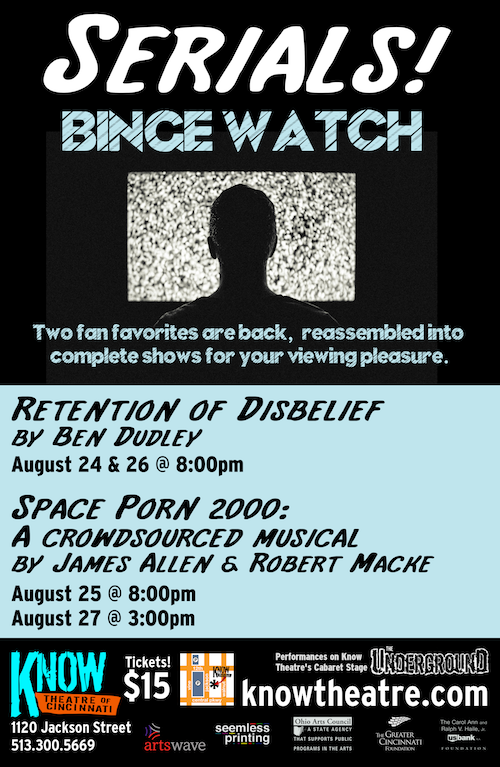 Alex and Diane have good days and bad days. Mostly bad days, lately. On top of that, Alex discovers that he can no longer enjoy fiction in any form. Without the ability to immerse, Alex is forced to constantly confront uncomfortable realities (Like how he cheated on his wife. And lost his job.) and try to come to terms with the immense guilt he carries with him.

This audience favorite comedy is reassembled from its Serials! 6 episodes with at least 2 new jokes!

Two struggling writers find out that their careers are in jeopardy after a failed production at their local community theatre. After deciding they can turn to crowdsourcing their funds to produce their next show, the duo discovers another campaign that they can latch onto believing it will launch them into infamy!

Will their fame skyrocket? Or will they plummet head first into the seediest underbelly of the entertainment business?