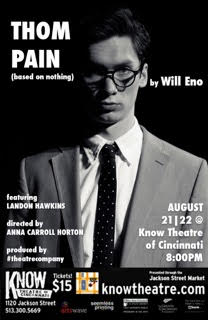 He’s just like you, except worse. He is trying to save his life and to save your life—in that order. In his quest for salvation, he’ll stop at nothing, be distracted by nothing, except maybe a piece of lint, or the woman in the second row.

“Mr. Eno is a Samuel Beckett for the John Stewart generation…To sum up the more or less indescribable: THOM PAIN is at bottom a surreal meditation on the empty promises life makes. But it is also, in its odd, bewitching beauty, an affirmation of life’s worth.” – New York Times 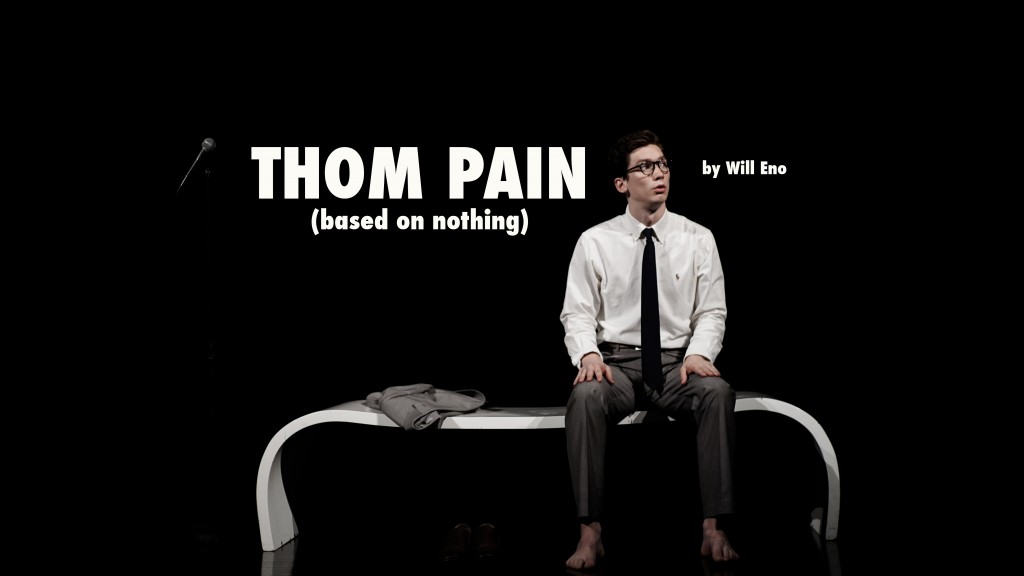